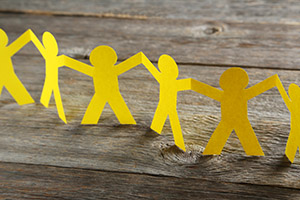 Here are a few things that I found very encouraging about our congregational meeting this past Sunday.

1. It highlighted our ability to adapt

The past few months have been difficult. Not being able to meet as a church family is not ideal.  And yet, we have been able to adapt. Truth be told, we have been “adapting” for over three months now. Our live stream services on Sunday and our many Zoom meetings have enabled us to stay in touch as a church family. We are grateful for the technology that allows us to do what we do.

The congregational meeting was one more example of how we have been able to adapt to these challenging circumstances. After a trial run last month, we were able to figure out how to better conduct the meeting.

We don’t know what ministry will look like in the coming months and year. But when we look back on the past few months, it is encouraging to know that we will adapt. By God’s grace, we will figure it out and God will continue to work in us and through us.

2. It demonstrated the value of shared leadership.

We are blessed with a diverse group of leaders who love Jesus and his church. And it is evident by the time they put into serving the Lord and our church family.

It took a concerted effort on behalf of our leaders to help the meeting run smoothly. I appreciate all the ways Pastor Mike worked behind the scenes to make the webinar happen. Steve Peery and Brian Hucks gave excellent leadership to the presentation of the information. Skip Hardy and Jen Mahr (along with their committees: finance committee and missions committee) did a great job in getting a budget ready for us to vote.

We are really blessed with a unified and faithful group of leaders. I want to take the time here to thank Don Jensen, Dale Reese and Dave Gough for their faithful service on our Executive Board.  They have been faithful servant leaders and a real gift to our church family.  Welcome Rob Durbois, Janice Kooken, Karen Mann and Mike Schuberth. We are looking forward to their service in the coming years.

3. It reflected our unity as a church body.

You have been very patient with us as we have journeyed through this time. Thank you. We appreciate the many ways you have encouraged us and supported us and the church family through this time. Our unity was reflected by the way you eagerly participated in the meeting, asked questions, and gave feedback during the meeting. Your engagement in these matters is important and helpful.

4. It enabled us to accomplish the “business” of the church.

We were able to vote!  That was exciting!

Finally, we gave an update as to when we will be able to re-enter the church building for ministry.

It is our goal to begin coming back to the church building by mid-July.

For all of this, we are grateful to God for his continued grace on the work of WEFC. May he use us to be a source of healing and peace during these challenging times.

Being Black in America

Being Black in America 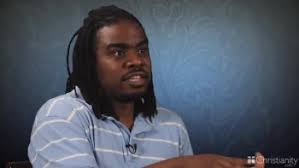 THIS PAST SUNDAY we spoke about our need to listen to the stories of what it is like to be black in America. It is the only way we can grow in our understanding.

On Monday, I came across an article written by Shai Linne. Shai Linne is a recording artist, author and co-founder of a church that has been planted in his hometown of Philadelphia.

In this article, he gives great insight of what it is like for a black man living in America. He writes, “being a black man in America has shaped both the way I see myself and the ways others have seen me my whole life.”

Take some time to slowly read his story.

Also, while you are at this website, peruse some of the other helpful articles on the topic of race. This is where it begins. We need to educate ourselves so that we can understand the issue, lament and repent and then be a part of the reconciling work the gospel calls us to. 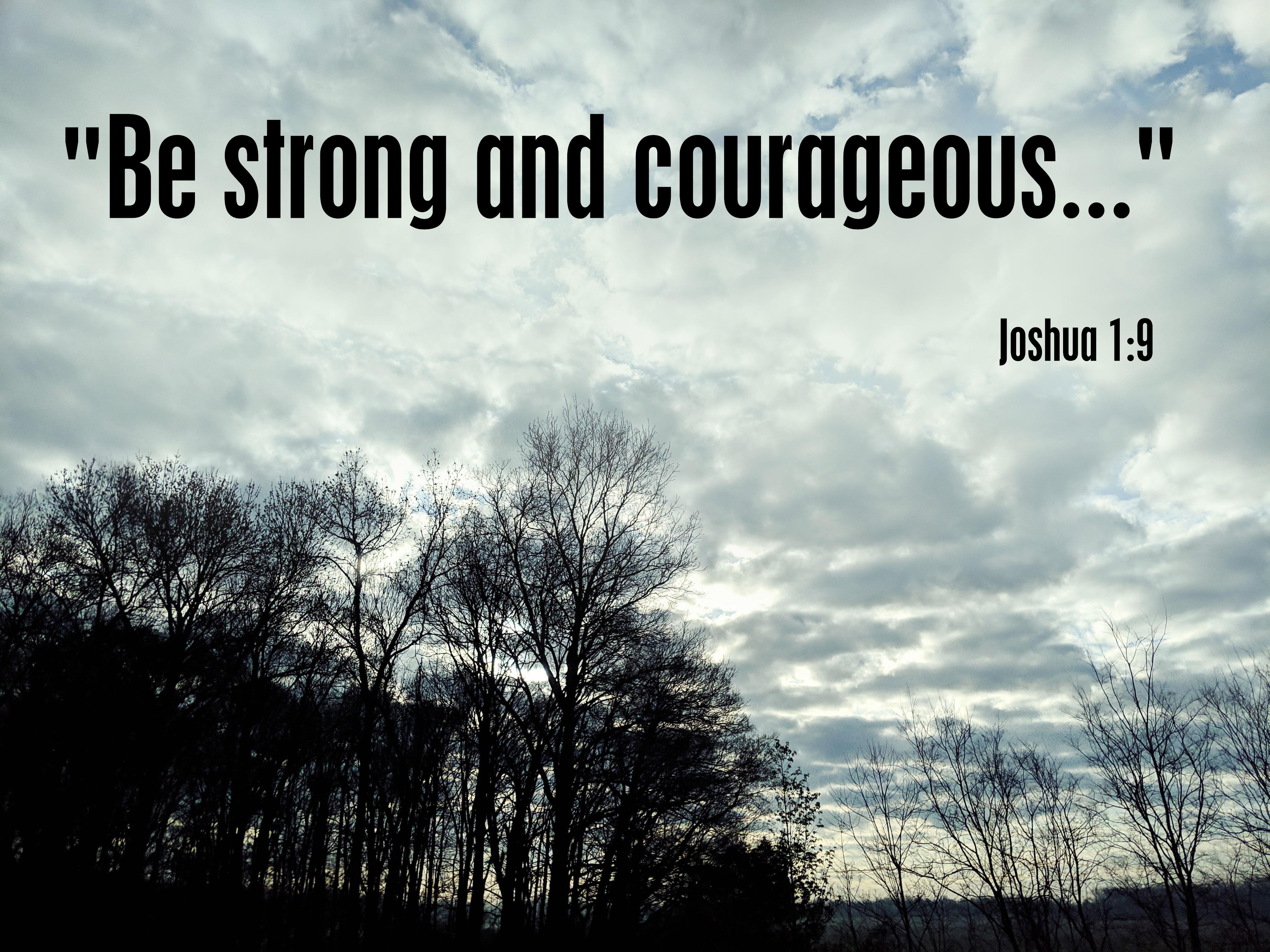 IT TOOK A LOT OF COURAGE for Paul to stand up to the Apostle Peter. But in Galatians 2:11-14, that is exactly what he did. Looking back on what Paul did, he said in verse 11, “I opposed him to his face.”

Peter, along with James and John were the pillars of the faith in the early church (2:9). Paul was the unlikely newcomer among them. But they could not deny the amazing way God had turned Paul’s life around and that he was called to bring the gospel to the Gentiles. So, they gave Paul their endorsement by extending to Paul the right hand of fellowship (2:9).

Paul was ministering in Antioch, a city 300 miles north of Jerusalem. Peter traveled to Antioch to see what God was doing in the church there. No doubt, he was excited to see how God was moving among the people there. Upon his arrival in Antioch, Peter freely mingled with his Gentile brothers and sisters in Christ. He ate with them.

But when a delegation from Jerusalem made their way to Antioch, it says in Galatians 2:12 that Peter drew back and separated himself, fearing the circumcision party (2:12). Not only did Paul suggest that their actions were hypocritical, but their actions also had a negative influence on his ministry partner, Barnabas. He too was led astray by their hypocrisy (2:13).

Racial tension! Perhaps the circumstances surrounding the racial tension in Galatians 2 are different than the circumstances we experience in our country; but nonetheless, the conclusion is the same. Paul said of Peter’s prejudice, “their conduct was not in step with the truth of the gospel.”

So. with the strength that comes from the gospel, with great courage, Paul stood up to the Apostle Peter and opposed him to his face. Courage is a willingness to take a risk.

That is what we need today. We need a gospel-saturated courage to give voice to the injustice of racism that plagues the heart of America. When we see courage on display, it inspires us.

I was inspired when Sheriff Chris Swanson of Flint, Michigan told the peaceful group of protesters that he was with them and he wanted their voice to be heard. As he gave them his support, they encouraged him to march with them; and he did. That took courage. And it is a courage that is being repeated in many of the cities in our country. Police officers are bending their knees in front of demonstrators in order to let them know that they too are grieved with what has long plagued their image within the community. That takes courage.

If you are asking, “what can I do?” as you watch this drama unfold in our country, perhaps the first thing you need to do is muster up some gospel-saturated courage. Give your solidarity to the ones who have felt the injustice of systemic racism that has long plagued our land. Walk with them. Speak up for this issue.

Let us keep in step with the gospel and let us be a voice that brings healing.

CT Prays has issued a prayer for the churches of this state as we respond to this issue. May this prayer lend you courage.

Father, we lift your name over Connecticut! We declare Jehovah Shalom over our state. We pray for justice to be released for the death of George Floyd. And we repent for our original national sin of racism and slavery. Lord the wounds are old and deep, and they have yet to heal. Lord have mercy! Lord heal! Lord, set things right! And Lord, we ask you to help your people to be voices of truth and to be agents of healing, justice, and restoration in the face of this issue of racial injustice and division and wounding. Lord, please continue to keep our cities safe during this time of great angst and protest. Father, we plead the blood of Jesus over Connecticut. Please bring your cleansing for all our sins--personal and corporate. Please bring salvation to individual souls and to the soul of our communities. Please deliver us from political rancor and please give wisdom and courageous solutions to our elected officials and our community leaders.