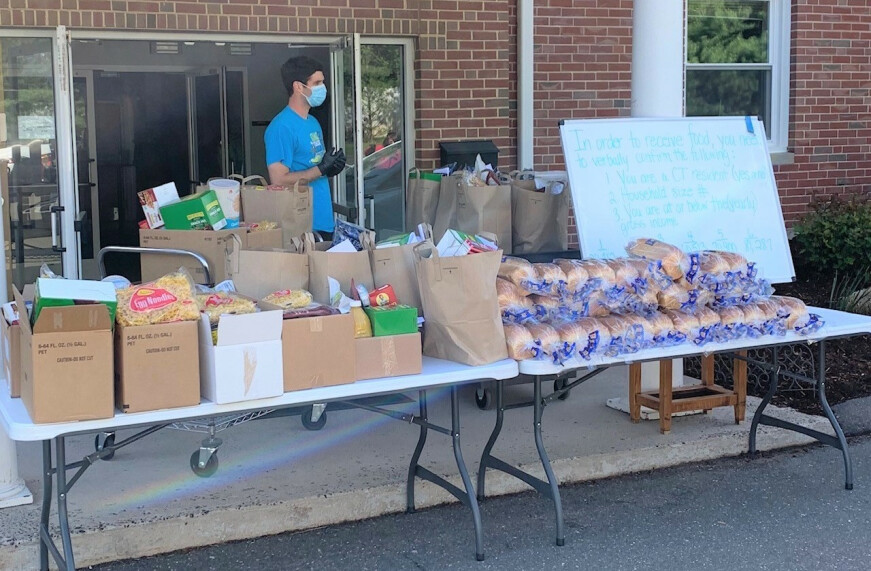 As you know, there are many people around us who continue to experience hardship, primarily as a result of COVID19.  The church has received numerous phone calls from its Wethersfield= neighbors, and I would like to share some of them with you.

As most of you are aware, beginning this past Spring, there were 35 WEFC volunteers who were ready, willing and able to serve those who needed help during the pandemic, both within the church body and within the community.

All the needs were met, whether it was a ride to a medical appointment, picking up medication or grocery shopping.  Some of these acts of kindness have developed into long-term relationships and friendships.

This is such a beautiful thing!!  Love and care, compassion and kindness…poured out and into our fellow man!!  Amid hardship, there is indeed joy. 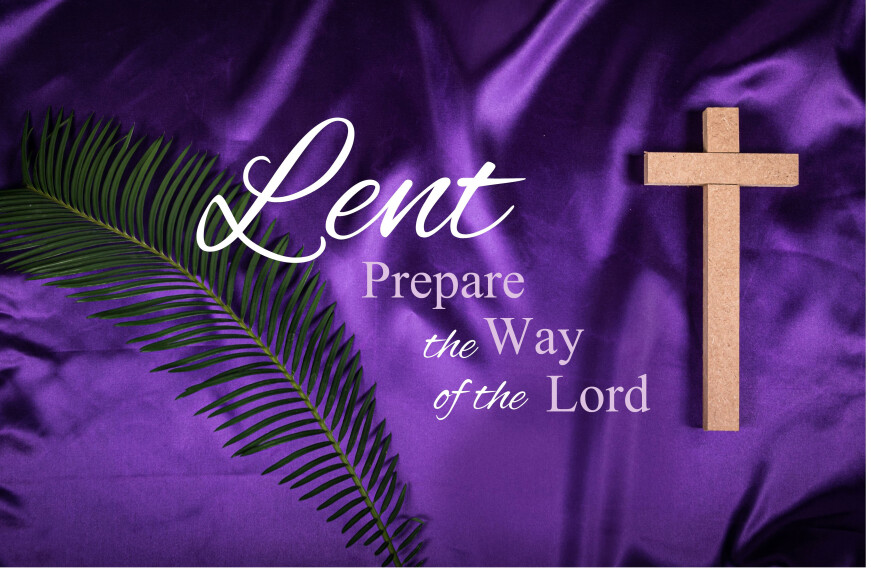 FOR MANY CHRISTIANS, this day is marked by the receiving of ashes on their foreheads, symbolizing our mortality. It also is a day that begins a season of repentance and mourning for our sins, as we anticipate Good Friday and Easter Sunday when Jesus atoned for our sin on the cross and proclaimed victory over sin and death through his resurrection from the dead.

Recently I have been reflecting on the role repentance plays in our daily walk with Christ. It is the natural response of the worshiper who comprehends something of the holiness of God and the depth of their own sin. It leads us to regularly cry out, “God have mercy on me, a sinner.”

After delivering the people of Israel from bondage in Egypt, God brought them to Mount Sinai. It is here where he made them his people and gave them the ten commandments.

But then something terrible happened. While Moses was receiving these instructions at the top of the mountain, the people of Israel were breaking covenant with God at the bottom of the mountain. They were worshiping a golden calf.

Because of this grievous sin, God first threatened to wipe them out and start over with Moses. And then, as Moses interceded on their behalf, God promised to spare the people of Israel, but he suggested that he would no longer accompany them into the promised land. He said in Exodus 33:3, “Go up to a land flowing with milk and honey; but I will not go up among you.”

It was here where I had a renewed appreciation for the holiness of God. Why would God be reticent to go with his people into the promised land? He gives the reason in the rest of verse 3, “lest I consume you on the way, for you are a stiff-necked people.” Or as God later says to Moses in Exodus 33:20, “you cannot see my face, for man shall not see me and live.”

This is why there is so much detail given to the building of the tabernacle in the book of Exodus. These details are spelled out in Exodus 25-31 and then again in Exodus 35-40. This is why the book of Leviticus details for us all the sacrifices that are needed for God to be in their midst.

It is no small thing for a holy God to live among a sinful people. Have you lost sight of the holiness of God? Has God become too common for you that you have forgotten what Jesus had to do for God to dwell in us?

The Depth of My Sin
In addition to having a renewed appreciation for the holiness of God, I have also been given a deeper understanding to the depth of my own sin.

I am afraid that we often reduce our sin down to a few missteps along the way; when our sin runs far deeper than the things we fail to do or the sins we actually commit.

The depth of my sinful heart was recently revealed to me when I read the following confession in John Baille’s A Diary of Private Prayer.

Just this simple reflection caused me to realize the natural bent of my sinful heart and my desperate need for Jesus and his forgiveness so that I might know the joy of fellowship with a holy God.

Use this Lenten Season to reflect on the absolute holiness of God and explore the depth of your sin heart so that it might lead you to absolute trust in Jesus. He died for you, making atonement for your sin. He rose from the dead, declaring that there is now no condemnation for those in Christ. Amen! 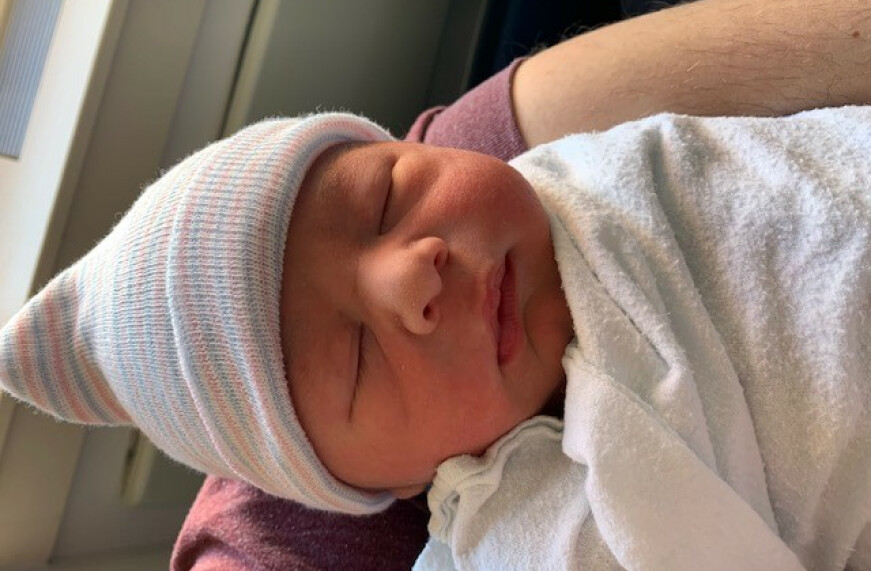 I HOPE YOU don’t mind me taking this weekly space to share with you some of my personal reflections on becoming a grandfather. Quite honestly, there is not much else on my mind right now anyway. So, I might as well share my thoughts with you.

Every year I choose a theme word for the year. My theme word for 2021 is “generations.”  Anticipating the birth of two grandchildren this year (our daughter, Sarah, is expecting in July) is the reason I chose this word.

At the end of 2020, I was reading Psalm 145 and God gave me verse 4 as a verse to go along with the theme of “generations.” “Let each generation tell its children of your mighty acts; let them proclaim your power.”

I am “blessed” because right now I am living in a unique space of time where four generations of our family are enjoying life together. Bonnie and I are blessed to have both sets of our parents as an active and healthy part of our lives while a fourth generation of our family is welcomed into this world. We don’t take that for granted and we treasure it.

His middle name is William, named after my dad’s father. My grandfather, “Pop-Pop Solberg” died when I was seven years old. I have faint memories of him. He had a short and stocky build; he was what you think of when you think of a catcher on a baseball team and that is the position he played. I remember his warm smile. I remember him making Norwegian pancakes for us when he would visit. I remember his being “fun.”

A few years ago, I was speaking at Camp Spofford and a woman sitting in the back of the chapel introduced herself and told me that she remembered my grandfather. He was a Bible teacher in the EFree church she attended in Brooklyn, NY. She proceeded to tell me about the spiritual influence he was in her life and in the lives of others within the church where she grew up. After he retired from his job, he went into full-time ministry.

When Sam told us what he and Sarah named their son, our grandson, I couldn’t help but think back to my grandfather and to look forward with great anticipation of what God will do in this new addition to our family.

And so now here I am, the grandfather; the “Pop-Pop.” I have the wonderful role of loving, praying, supporting, SPOILING, and influencing another generation of faith.

Out of the trials of this past year, has emerged new life. It is a reminder that God is always about the business of making something new.

This Saturday I plan on meeting my precious grandson, Paul, for the first time. I can’t wait to hold him, kiss him and bless him. I don’t know what God has in store for his life, but I pray that someday he too will tell his children of God’s mighty acts to those who come after him.

I am “blessed” to be a small part of it.

Oh…and my son, Sam and his wife Sarah are doing well. Clearly you can see how the center of attention has shifted!

Thanks for letting me share my joy with you.